June 20, 2014
In an embarrassing echo of "politically correct" language from the 1990's, a scientific press release illustrates why black people should be called black people:

Finally, we applaud the agency’s requirement that potassium, a key nutrient, will now be listed on food labels. We know that diets high in potassium help decrease the negative impact of sodium. This is especially true for African-Americans, who consume less potassium, tend to be more sensitive to sodium and have higher prevalence of high blood pressure than other people.

The faux pas here suggests that black people (even "people of African descent") have a higher sensitivity to sodium (Rosalind, 2000) but only while located in America but not, for example, Mexico. Of course this interpretation is wrong and sounds like they are recommending to export the blacks from America to reduce the negative impact of sodium! 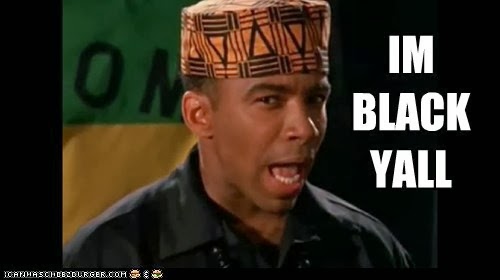 And also, the Rosalind article makes the conclusion "Salt sensitivity has been found to be more prevalent in young, old, normotensive, and hypertensive African Americans than Caucasians" using these sources:
So you can see what happened full circle: