Showing posts from August, 2010
Show all

August 26, 2010
Hello all, here are some notes from working on KDE bugs   60894  and  62157  on contract with Google. ksmserver is an important part of KDE software currently maintained by Lubos Lunak and that made it difficult for me as an outsider to make large changes. I am including here notes regarding code I wrote in  branches/work/kdebase_appgroups and  branches/work/soc_ksm/  while working under Lubos.  Without further introduction, please see snippets of conversations between Lubos and I:  ### WHERE DO I SAVE STATE DATA? ### On Thursday 13 July 2006 18:01, Full Decent wrote: > kwin starts in KSMServer::init() > the session to restore is later chosen in KSMServer::autoStart1Done() > > kwin can be saved when an appGroup is closed and would lose the window > placement for those windows. > > for these 2 reasons, I think kwin should not save information in > config/session/kwin_* and should instead save this information in > config/kwin_windowplacements
2 comments
Read more

August 26, 2010
What's the difference between smoking and rubbing roadkill all over your face and clothing? At least the roadkill doesn't make you look like an idiot.
Post a Comment
Read more

EPIC: You are not prepared

August 13, 2010
If you haven't seen this yet, there is 5 minutes of your recent life that was COMPLETELY WASTED. Here's the original: watch it twice, because you still wont be ready http://www.youtube.com/watch?v=EzNhaLUT520 Here's the Autotune: http://www.youtube.com/watch?v=YEvNS5TzvwM Background: This is a real news story that was released on 7/28/2010
1 comment
Read more

A Comparison of Bush and Obama

August 11, 2010
I have been collecting notes that compare Bush and Obama while hoping, one day, to write a witty blog post about how in fact they are identical, but I never could reconcile their differences in speaking ability. http://origin.barackobama.com/2007/08/01/remarks_of_senator_obama_the_w.php >> As President, I would deploy at least two additional brigades to Afghanistan to re-enforce our counter-terrorism operations and support NATO's efforts against the Taliban. As we step up our commitment, our European friends must do the same, and without the burdensome restrictions that have hampered NATO's efforts. We must also put more of an Afghan face on security by improving the training and equipping of the Afghan Army and Police, and including Afghan soldiers in U.S. and NATO operations. Wiretap laws http://donttreadonmike.wordpress.com/2009/04/11/obama-the-same-as-bush/ Total http://www.cnn.com/2008/POLITICS/10/13/wall.bush-obama/index.html Used the terrorist threats t
2 comments
Read more

Get this - language progress update

August 10, 2010
So I got this Chinese newspaper delivered to my house, 人民日报, $26 per year, delivered daily, yes really. So I started staring at the words on the page and, I'm not even making this up, one of the articles made sense. It was talking about Beijing opera and how this classical theatrical form is being re-popularized though introduction to children in primary school. So this is a big in-your-face to Wen Yen, who said I wouldn't be reading newspapers within three years of my Chinese self studies!
1 comment
Read more

August 09, 2010
Please interpret this letter from PECO, quoted below: SUBJ: RETURNED ITEM NOTICE Your payment in the amount of $80.32 that we received was returned to us unpaid. ...
3 comments
Read more

Is there a crack? 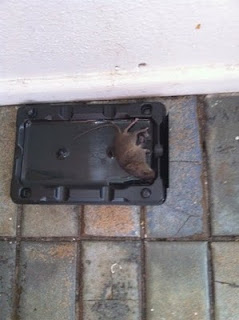 Is there a crack in the floor? No? Oh that's just the noise of you getting stuck in glue. Have fun with that. Score: Will & Su: 2 points Mice & Zhuzhu: 0 points I'm counting Zhuzhu on the mice's team because she was the one who would always leave food out.
2 comments
Read more
More posts