Showing posts from July, 2009
Show all

The best number on Google Voice

July 06, 2009
A federal bankruptcy judge in New York, Robert E. Gerber, has approved a reorganization plan from General Motors Inc. despite some outcry from dealers in Florida and other states. Part of his opinion follows: "The U.S. government's fear — a fear this court shares if GM cannot be saved as a going concern — was of a systemic failure throughout the domestic automotive industry and the significant harm to the overall U.S. economy that would result from the loss of hundreds of thousands of jobs and the sequential shutdown of hundreds of thousands of ancillary business if GM had to cease operations," Gerber said. Unfortunately Judge Gerber failed to understand his role in handling bankruptcy, after rejecting to hear a plea from individual bondholders . Actually, his role is to hear and follow in the interest of debt holders. Further, he fell for the same "Systemic" argument that GS/congress is dishing out about AIG . Here's one additional source you can read: ht
Post a Comment
Read more 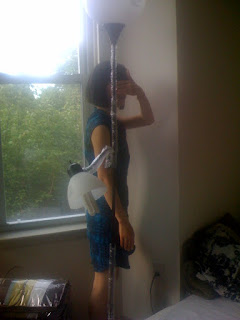